The Sainte-Anne-de-Bellevue Canal National Historic Site has a new upstream wharf thanks to more than $ 4 million (US $ 3.3 million) in government investments.

A regional tourist attraction in Quebec, the site offers spaces for walking or relaxing and is the gateway to a waterway marked by more than 150 years of history.

But over the past decade, the upstream wharf has been affected by climate change and more frequent flooding has caused damage. The renovated quay, inaugurated this week, has been resurfaced with concrete and wooden inserts to better withstand spring floods and flooding.

In recent years, the site has also been given a facelift with infrastructure projects to restore the upstream quay and locks. The site layout and trails have been improved. New concrete benches mark the width and crossing of the first lock, and an engraved stone at the entrance to the quay commemorates the dates of the first and second locks.

“The impacts of climate change on sites administered by Parks Canada are complex,” said Francis Scarpaleggia, Member of Parliament for Lac-Saint-Louis, in a written statement. “(Parks Canada) is committed to integrating climate change adaptation and mitigation measures into its work, as evidenced by the completion of the major infrastructure project for the upstream wharf of the Canal-de-Sainte national historic site. -Anne-de-Bellevue. The project will help restore public access to this major attraction on the West Island of Montreal. This is an important benefit for local tourism and the many jobs that depend on the canal, while also being part of sustainable tourism practices. “ 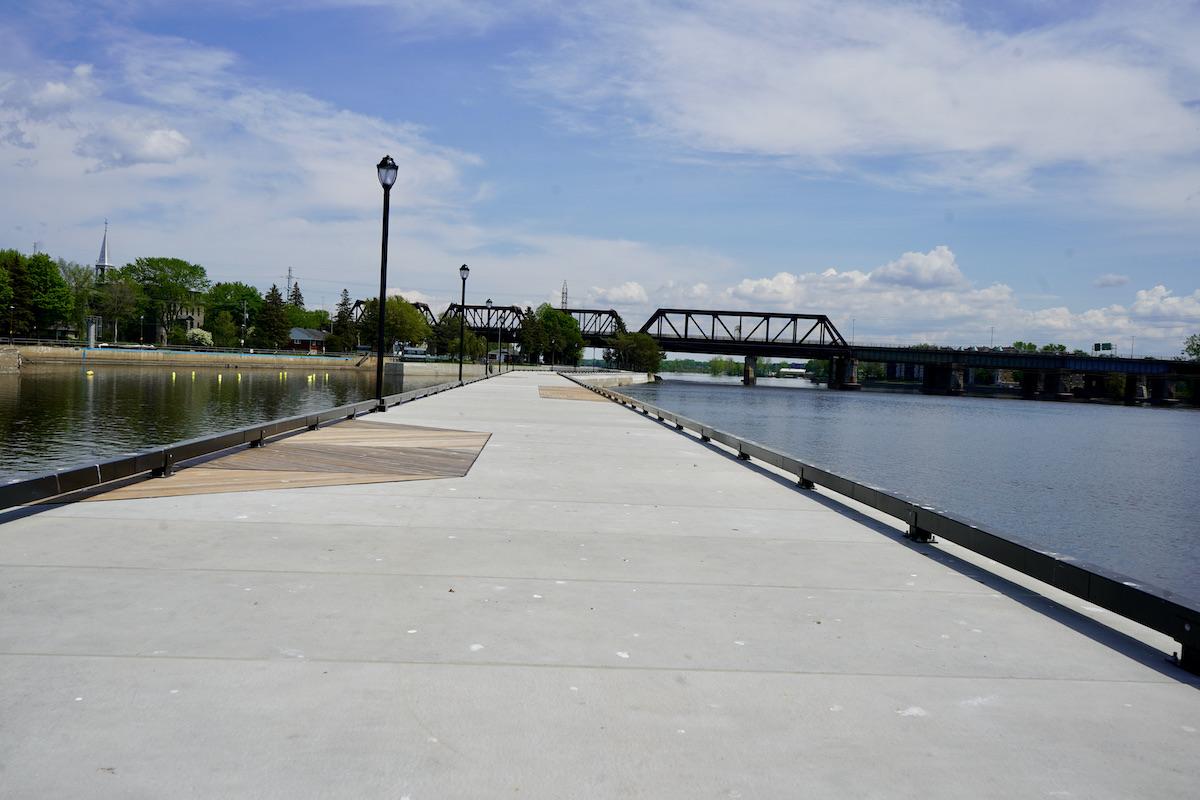 The wharf has been closed for repairs / Parks Canada

The canal is a gateway to the Ottawa River, a waterway that was once the main thoroughfare to the north and west. Today, Sainte-Anne-de-Bellevue is part of a network of canals that boats can use to bypass natural obstacles such as the rapids and shoals of the Saint-Laurent, Richelieu and Outaouais rivers.

The upstream wharf has been closed to the public since fall 2016. Rehabilitation had begun, but the spring 2017 floods severely damaged the structure and surface of the wharf and forced Parks Canada to keep the wharf closed. Work resumed in May 2020.

Ottawa has invested $ 14 million (US $ 11.5 million) in infrastructure work at the site.